Many registered farmers have not received money under the Pradhan Mantri Kisan Sanman Nidhi Yojana, which was started to provide cash assistance to farmers. Some farmers in the same village have got Rs 2,000 twice, some farmers have not even got the first installment. 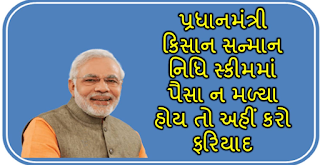 The first installment has come in the account of some farmers but the second installment has not come. Such people should contact their agriculture officer or government helpline and find out if their name is among the beneficiaries. If so, they should be asked why the money did not come.

Not only that but you can also contact in the Welfare section of the scheme. Her phone number in Delhi is as follows: –

The central government is claiming that an estimated three crore farmers have benefited from the scheme. While the farmers of the village are saying that the money has not reached their account yet. The central government has made Aadhaar biometric mandatory for the third installment of the scheme. While for the first two installments only Aadhaar number was required. The third installment process will begin after the election.

The farmers of these three states got the most benefit: –