This martyr jawan is always on duty, see holiday and promotion too. 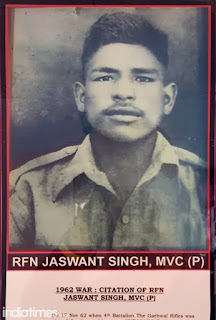 A soldier is not in this world, yet he gets promoted. Holiday is also available. Tea is also served at 4:30 in the morning, breakfast at 9 am and food in the evening. You will wonder who the soldier is and what he has done that is being given so much respect even after his death. So know, the name of that soldier is Jaswant Singh Rawat. He alone fought with the Chinese troops for 72 hours and killed more than 300 Chinese soldiers. This is why they get so much respect. Let’s read the story of his bravery today … 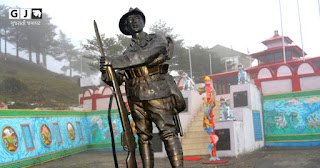 Jaswant Singh Rawat was a resident of Pauri Garhwal district of Uttarakhand. He was born on August 19, 1941. His father was Guman Singh Rawat. At the time he was martyred, he was in the rank of Rifleman and was serving in the 4th Battalion of Garhwal Rifles. He played an important role in the Battle of Nurarang of Tawang in Arunachal Pradesh during the 1962 Indo-China War.

The 1962 Indo-China war was in its final stages. Spread over an area of ​​about 1000 km at an altitude of 14,000 feet, the Indo-China border battle ground was established in Arunachal Pradesh. This area is notorious for freezing cold and inaccessible rocky area. People’s souls tremble in the name of going to these areas, but our soldiers were fighting there. Chinese troops were advancing by crossing the border of the Himalayas, occupying the land of India. Chinese troops reached beyond Tawang in Arunachal Pradesh. Indian soldiers were also fiercely fighting the Chinese soldiers. 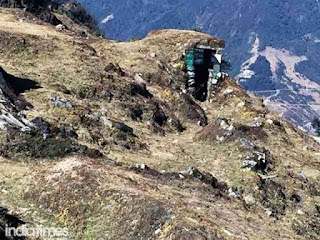 This is how Chinese soldiers dodge 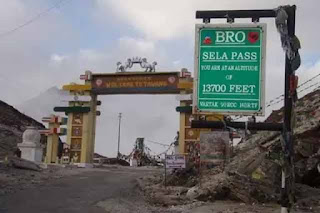 The Chinese army was also impressed by the bravery:

It is said that Chinese soldiers cut off his head. His head was returned by the Chinese army after the war. His brazen feats of single-handedly hitting the Chinese army were also influenced and presented a bronze statue of Rawat. In some stories, it is said that Jaswant Singh Rawat did not shoot himself but was captured and hanged by Chinese soldiers.

The outpost at which Jaswant Singh fought the last battle has now been renamed as Jaswantgarh and a temple has been built in his memory there. The things related to them in the temple are still preserved today. Five soldiers have been deployed to oversee their rooms. Those five soldiers bed them at night, press uniforms and even polish shoes. The soldiers put a bed tea for them at 4.30 in the morning, breakfast at 9 and food at 7 in the evening. 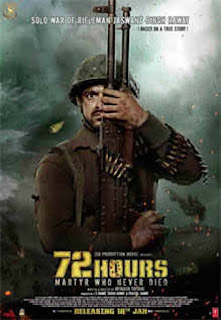