800 years or 400 years ago, when did Guru-Shani come so close? Understand complete mathematics

Finally, the date of 21 December 2020 has come, which astronomers were eagerly waiting for. After centuries, Guru and Shani will be very close to each other on the night of 21 December. Experts are calling this astronomical event ‘Great Conjunction’ (Jupiter and Saturn great combination 2020). This incident is happening after 400 years or after 800 years, there is a lot of confusion among people about it. Let us explain in full detail about this Mahasayoga of planets.

The slowest planet – Saturn and Jupiter are the slowest moving planets in the universe. Jupiter takes about 12 years to complete the cycle of the universe. It lasts for about a year in an amount. At the same time, Saturn takes about 29 and a half years to complete the orbit of the Sun. Due to the slow movement of both planets, their proximity is seen as an unusual phenomenon. Their coming together is a very rare event and both come together in about 20 years, but on December 21, both will be very close to each other. It is called ‘Great Consumption’ (Maha Milan). 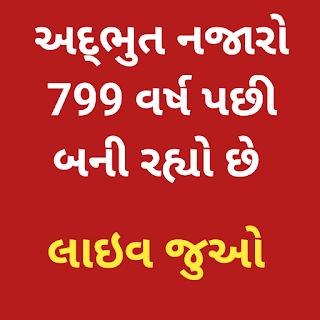 Contradiction on phenomena – Usually when Jupiter and Saturn come in a line, there is a difference of about one degree between the two. But on December 21, we will see that there will be a difference of only 6 arc minutes between the two planets. This will be equal to 0.1 degrees. It is being said in many reports that these planets will appear in a straight line as one big star, however, both planets will not be so close that such a view can be seen. But there is no doubt that the view that is visible today is going to be very unique.

How many years after 400 or 800 happenings- How many years is this astronomical event coming close to Saturn and Jupiter? There is also a big contradiction on this. Some websites are claiming such an event after 400 years, while according to some websites it is happening after 800 years.

Why belief the event 397 years ago – In fact, on 16 July 1623, the two planets came so close for the last time. When they were only 5 arc minutes away. Apparently this event occurred 397 years ago. In planets like New York, Paris or Tokyo, both the planets were not visible due to the sun being close to the glare and the horizon being low altitude.

Where the incident must have been seen – This astronomical event that happened in 1623 was not completely invisible. People living in Northern South America, Central Africa and Indonesia must have seen this coincidence of Saturn-Jupiter on the evening of 16 July 1623.

However, most of the world’s population believes more on the 800-year-old incident of Saturn-Jupiter coming so close because this phenomenon was seen in most parts of the world. Comparing this Mahasayoga to be held on December 21, some astronomers are saying that on March 5, 1226, the last time these two planets were seen so close to each other at an angle of 2 arc minutes. Astronomers conducted more research on this subject and gathered evidence of this incident in the past. Also, when it will happen again in future, it was also informed.

When will this happen again in the future- Experts say that both planets come so close to each other on an average of 300 years. However, this has happened twice, when this incident has been seen in the sky with great difficulty. Therefore its average time can be called 375 years. But in fact this is not the average time for this astronomical event. If after 1226, this incident is going to be seen in 2020, then it is going to happen after 794 years. It is estimated to happen between 2417 and 2477 only in a span of 60 years.